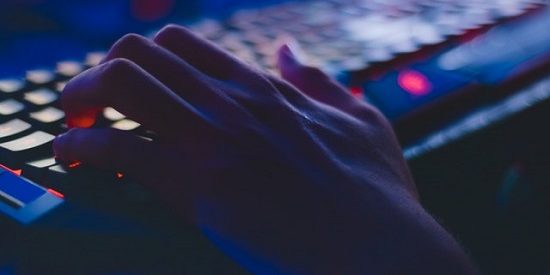 CIO — IT outsourcing providers are increasingly setting up operations in so-called tier-2 cities to decrease their cost of delivery and access new labor pools.

“Service providers keep pushing the forward envelope in terms of locations to preserve-even if partially-their margins against significant pressures from their customers,” says Karthik

“Companies needing a broader range of services from their provider should stay with the primary locations, as the tier-2 locations are still largely focused on providing specific services.”
– Rakesh Bhatia, Pace Harmon

In some cases, it’s customers who are asking outsourcers for options outside the big cities in the hopes of taking advantage of the cost benefits or diversifying their geographical risk, adds Karthik.

According to the Neo Group’s Global Supply Risk Monitor report, the macro-economic risk of Pune, India, for example, is lower than leading outsourcing cities Bangalore, Chennai, Hyderabad and Kolkata. Rental costs in the central business districts of tier two cities in Latin America are 25 cheaper than in tier one cities.

A company that sets up an outsourcing center in Lodz or Poznan in Poland can expect total operational savings of 20 to 30 percent over Warsaw and Krakow, according to Everest Group.

In addition, state and local governments often adopt initiatives to promote growth in up-and-coming hubs. In China, for example, the Government of Hubei province has set up a special supporting fund of US$ 16 million for the development of the services industry in Wuhan, according to Neo Group.

Tier-2 activity is robust in Central and Eastern Europe, Latin America, India, and China. Outsourcers are setting up shop in Kochi in India, Iasi in Romania, or Campinas in Brazil, to escape the increased competition of the tier one centers in Bangalore, Bucharest and Sao Paolo. In Mexico, Guadalajara , Hermosillo, Queretaro, Ciudad Juárez and Culiacán are becoming as attractive as Mexico City or Monterrey.

Tier-2 locations in the United States are growing particularly active in the outsourcing space as well. “In the U.S., the move towards tier-2 cities is driven by the growing need or preference for more onshore resources from customers,” says Karthik.

Large financial services companies are establishing IT help desks, contact centers, and business process operations in cities like Jacksonville, Tampa and San Antonio, for example, which offer onshore benefits at lower costs than big cities. Springfield, Ill., and Sioux Falls, S.D. have access to a strong pool of local graduates at a 20 to 25 percent discount over IT professionals in Chicago, says Neo Group’s Hanson.

Smaller cities, of course, also have smaller talent pools, so scaling up can be a challenge. “Companies needing a broader range of services from their provider should stay with the primary locations, as the tier-2 locations are still largely focused on providing specific services, with most other centers of excellence still located at the primary locations,” says Rakesh Bhatia, senior associate with outsourcing consultancy Pace Harmon.

In some countries, particularly offshore, less developed outsourcing locations also have less developed infrastructure and connectivity, Karthik notes. “It will be several more years before the smaller towns begin offering the modern operating and living conditions seen in locations like Bangalore,” says Bhatia.

IT outsourcing customers, therefore, should approach tier-2 operations with caution. “Huge investments may be required in training and creation of proper infrastructure. [That] can offset the savings,” says Hanson.

“Even though cities such as Jaipur and Indore provide 30 percent savings in labor cost, limited availability of skilled labor pool, especially in the middle management level, can be a serious disadvantage,” Hanson says.

IT services buyers must also consider what specific skills they are sourcing and their future plans for scale. Inadequate infrastructure or power supply could hinder business operations. Also “tier 2 cities might have homogenous labor pool in terms of ethnicity, which companies may or may not like,” says Hanson. “Proximity to a tier 1 location can help companies to mitigate the challenge faced due to shortage of talented labor.” Companies in Pune may recruit middle managers from nearby Mumbai, for example.

Increased interest and competition can also turn a tier two city into a tier one in some ways, bringing with that the attendant downsides of turnover, wage inflation, and increased operating costs.