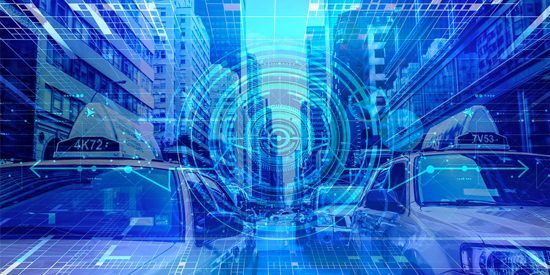 Brazil’s ascendancy as a major center for global IT services will be engineered in a uniquely Brazilian way, and should in no way aim to reproduce the model crafted by India over the last twenty years, concluded a ‘super panel’ of global outsourcing experts at last week’s Brasscom Global IT Forum in Sao Paulo.

Brazil is in a class by itself, the panelists recognized, in confronting and leveraging an entirely different set of unique circumstances compared with its “BRIC” nation counterpart, India. For instances, Brazil is experiencing a colossal economic boom – taking giant strides forward to become one of the top six economic powers on earth. (India has yet to officially crack the top ten group of leading economies).

Furthermore, Brazil faces a confounding mix of bureaucratic red tape, tax hurdles and IT labor demands that combine to put added pressure on senior executives in the Brazil IT sector to creatively overcome these hurdles to produce – as César Gon, founder and CEO of CIandT, noted during the panel, a country where Brazilian professionals can “act as aggregators in multicultural processes”. In other words, Brazil has – unlike any time in history – been presented with a very important opportunity to distinguish itself among other giant IT-focused, powerhouse nations.

Sitting on the panel were Cassio Dreyfuss, Vice President of Research at Gartner; Michael Corbett, President of IAOP; David Tapper, Vice President of Market Research and Outsourcing at IDC; and Atul Vashistha, CEO of NeoGroup. Kirk Laughlin, Founder and Editorial Director of Nearshore Americas and Sourcing Brazil, was invited to moderate the conversation. Audience members included country managers, CEOs, CIOs and members of domestic and foreign companies invited by Brasscom.

The word that dominated discussion was “competitiveness”. Laughlin kicked off the panel by reviewing the tremendous momentum of the Brazil IT economy, a sector that has virtually no unemployment and has shown a great deal of vertical industry IT solution maturity over the last decade. Still, the country received mixed reviews from the World Economic Forum, in its annual competitiveness index. The report applauded Brazil’s innovation and ‘technology readiness’ (outperforming all the other BRIC countries), but pointed out that oppressive government’s burdens are stifling its potential.

Dreyfuss, who is based in Brazil and has had close contact with the local industry for years, pointed out that the amount of foreign interest in Brazil, and nearshore outsourcing in general, is reaching unprecedented levels. As a result, Brazil-based IT firms have to continue to sharpen their value proposition. “Companies here need to learn that it is more and more necessary to offer unique solutions and approaches to the clients, no matter in which area they are. They have to adopt more of a consulting posture,” he said.

Tapper stressed that Brazil Inc. needs to define its own model for growth, knowing that India is not a practical model to emulate. “Brazil is not in the same pace as India. It is just like a small supermarket chain trying to beat Wal-Mart. It is not going to happen. Companies here need to do what they are good at,” he said. As an example, Tapper presented the case of Apple. “Look at Apple and what Steve Jobs did. His intention was not to beat Microsoft, he knew that would not happen. But he created products that made people dependent on them.” (For Tapper’s take on why Latin America hasn’t won more outsourcing business in the US – see this excellent interview.)

Vashistha stressed that the domestic industry has to pay more attention to scalability. “In the long term, you are not going to have 4,000 players, but just a few one them that will be very good players, that is the point. Companies need to gain in scale and be effective at it.”

An over-riding theme of the panel debate was around Brazil’s ability to create – and the export – solutions for the next-generation of global IT requirements, from the data center to the mobile handset. Corbett stated that national companies should focus on areas that tend to drive the growth of the industry in the next few years, such as cloud computing and the outsourcing possibilities that are derived of it. And he agreed with Vashistha when the topic is exportation. “Brazil has such a developed economy, and that has to be seen as an advantage both considering the domestic market and the foreign clients,” he said. (Atul posted an outstanding analysis of the Brazil sourcing opportunity, in June in Nearshore Americas.)

It is a fact that the country has recently been in the international spotlights. “A few years ago, I’d answer a phone call once every two weeks with people asking me what was going on in Brazil. Nowadays, I have a few of those phone calls daily,” said Dreyfuss during the conversation. “It is now or never. The country either takes advantage of this in the next two or three years or it is simply not going to happen again.”

But is the national industry capable of meeting such demand? There was consensus that Brazilian IT professionals have different characteristics from those in foreign markets, but how to train those professionals is still a challenge for employers.

It was calculated by Brasscom that in 2011 alone there is a lack of about 90,000 Brazilian IT professionals, and that number is expected to increase to to 700,000 by 2020, considering the current pace of industry acceleration.

Vashistha pointed out that most mature and growing economies have policies to attract foreign professionals and incent them to remain in the country – something that is still not done effectively in Brazil. He mentioned that many entrepreneurs go to work or study abroad and go back home with a lot of knowledge to be put into action, but the bureaucracy for foreigners to enter the country is still too wearing and expensive.

For Tapper, there is the potential for growth of venture capitalism and investment, “That is important to create and foster new ideas and models,” he contended. When the subject of company training programs was raised, most of the panelists considered that the training done currently is incipient to what would be necessary for a young professional to know in order to start working. Considering that, Dreyfuss, at that moment, pointed out that, “Brazilian services are already too expensive, most companies simply don’t have enough money to invest in education.” For him, actions taken by the government, such as the tax incentives on payroll recently enacted under Plano Brazil Maior are a good alternative to lower costs of these companies as a whole.

After being questioned about the talent of the Brazilian professionals, and how they can contribute to different, creative and unique models of IT and outsourcing services provided by national companies, Tapper was one more time very emphatic. Holding a biography of Steve Jobs, he repeated, “We should always have him in mind and as an example.” It is a good example of how to think outside of the box, or maybe outside of the borders.